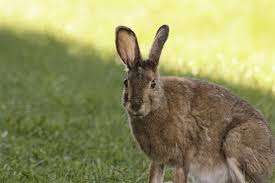 "Can’t you lead a good life without believing in Christianity?'

This is the question on which I have been asked to write, and straight away, before I begin trying to answer it, I have a comment to make. The question sounds as if it were asked by a person who said to himself, 'I don't care whether Christianity is in fact true or not. I'm not interested in finding out whether the real universe is more like what the Christians say than what the Materialists say. All I'm interested in is leading a good life. I'm going to choose beliefs not because I think them true but because I find them helpful.'

Now frankly, I find it hard to sympathize with this state of mind. One of the things that distinguishes man from the other animals is that he wants to know things, wants to find out what reality is like, simply  for the sake of knowing. When that desire is completely quenched in anyone, I think he has become something less than human. As a matter of fact, I don't believe any of you have really lost that desire. More probably, foolish preachers, by always telling you how much Christianity will help you and how good it is for society, have actually led you to forget that Christianity is not a patent medicine.

Christianity claims to give an account of facts -to tell you what the real universe is like. Its account of the universe may be true, or it may not, and once the question is really before you, then your natural inquisitiveness must make you want to know the answer.

As soon as we have realized this, we realize something else. If Christianity should happen to be true, then it is quite impossible that those who know this truth and those who don't should be equally well equipped for leading a good life. Knowledge of the facts must make a difference to one's actions.

Suppose you found a man on the point of starvation and wanted to do the right thing. If you had no knowledge of medical science, you would probably give him a large solid meal; and as a result your man would die. That is what comes of working in the dark.

In the same way a Christian and a non-Christian may both wish to do good to their fellow men. The one believes that men are going to live for ever, that they were created by God and so built that they can find their true and lasting happiness only by being united to God, that they have gone badly off the rails, and that obedient faith in Christ is the only way back. The other believes that men are an accidental result of the blind workings of matter, that they started as mere animals and have more or less steadily improved, that they are going to live for about seventy years, that their happiness is fully attainable by good social services and political organisations, and that everything else (e.g., vivisection, birth-control, the judicial system, education) is to be judged to be 'good' or 'bad' simply in
so far as it helps or hinders that kind of 'happiness'

Now there are quite a lot of things which these two men could agree in doing for their fellow citizens. Both would approve of efficient sewers and hospitals and a healthy diet. But sooner or later the difference of their beliefs would produce differences in their practical proposals. Both, for example, might be very keen about education: but the kinds of education they wanted people to have would obviously be very different. Again, where the Materialist would simply ask about a proposed action 'Will it increase the happiness of the majority?', the Christian might have to say, 'Even if it does increase the happiness of the majority, we can't do it. It is unjust.'

The Christian and the Materialist hold different beliefs about the universe. They can't both be right. The one who is wrong will act in a way which simply doesn't fit the real universe. Consequently, with the best will in the world, he will be helping his fellow creatures to their destruction.

Surely God (if there is a God) will not punish a man for honest mistakes? But was that all you were thinking about? Are we ready to run the risk of working in the dark all our lives and doing infinite harm, provided only someone will assure us that our own skins will be safe, that no one will punish us or blame us? I will not believe that the reader is quite on that level. But even if he were, there is something to be said to him.

The question before each of us is not 'Can someone lead a good life without Christianity?' The question is, 'Can I ?'

We all know there have been good men who were not Christians; men like Socrates and Confucius who had never heard of it, or men like J. S. Mill who quite honestly couldn't believe it. Supposing Christianity to be true, these men were in a state of honest ignorance or honest error. If their intentions were as good as I suppose them to have been (for of course I can't read their secret hearts) I hope and believe that the skill and mercy of God will remedy the evils which their ignorance, left to itself, would naturally produce both for them and for those whom they influenced.

The man who asks this question has heard of Christianity and is by no means certain that it may not be true. He is really asking, 'Need I bother about it? Mayn't I just evade the issue, just let sleeping dogs lie, and get on with being "good"? Aren't good intentions enough to keep me safe and blameless without knocking at that dreadful door and making sure whether there is, or isn't someone inside?'

To such a man it might be enough to reply that he is really asking to be allowed to get on with being 'good' before he has done his best to discover what good means. But that is not the whole story. We need not inquire whether God will punish him for his cowardice and laziness; they will punish themselves. The man is shirking. He is deliberately trying not to know whether Christianity is true or false, because he foresees endless trouble if it should turn out to be true.

He is like the man who deliberately 'forgets' to look at the notice board because, if he did, he might find his name down for some unpleasant duty.

He is like the man who won't go to the doctor when he first feels a mysterious pain, because he is afraid of what the doctor may tell him.

The man who remains an unbeliever for such reasons is not in a state of honest error. He is in a state of dishonest error, and that dishonesty will spread through all his thoughts and actions: a certain shiftiness, a vague worry in the back-ground, a blunting of his whole mental edge, will result. He has lost his intellectual virginity.

Honest rejection of Christ, however mistaken, will be forgiven and healed - 'Whosoever shall speak a word against the Son of man, it shall be forgiven him.' But to evade the Son of Man, to look the other way, to pretend you haven't noticed, to become suddenly absorbed in something on the other side of the street, to leave the receiver off the telephone because it might be He who was ringing up, to leave unopened certain letters in a strange handwriting because they might be from Him - this is a different matter.

But still - for intellectual honor has sunk very low in our age - I hear someone whimpering on with his question, 'Will it help me? Will it make me happy? Do you really think I'd be better if I became a Christian?' Well, if you must have it, my answer is 'Yes.' But I don't like giving an answer at all at this stage.

Here is a door, behind which, according to some people, the secret of the universe is waiting for you. Either that's true, or it isn't. And if it isn't, then what the door really conceals is simply the greatest fraud, the most colossal 'sell' on record. Isn't it obviously the job of every man (that is a man and not a rabbit) to try to find out which, and then to devote his full energies either to serving this
tremendous secret or to exposing and destroying this gigantic humbug? Faced with such an issue, can you really remain wholly absorbed in your own blessed 'moral development'?

All right, Christianity will do you good - a great deal more good than you ever wanted or expected. And the first bit of good it will do you is to hammer into your head (you won't enjoy that!) the fact that what you have hitherto called 'good' - all that about 'leading a decent life' and 'being kind' -isn't quite the magnificent and all-important affair you supposed. It will teach you that in fact you can't be 'good' (not for twenty-four hours) on your own moral efforts. And then it will teach you that even if you were, you still wouldn't have achieved the purpose for which you were created.

Mere morality is not the end of life.

You were made for something quite different from that. J. S. Mill and Confucius (Socrates was much nearer the reality) simply didn't know what life is about. The people who keep on asking if they can't lead a decent life without Christ, don't know what life is about; if they did they would know that 'a decent life' is mere machinery compared with the thing we men are really made for.

Morality is indispensable: but the Divine Life, which gives itself to us and which calls us to be gods, intends for us something in which morality will be swallowed up.

We are to be re-made.

All the rabbit in us is to disappear - the worried, conscientious, ethical rabbit as well as the cowardly and sensual rabbit. We shall bleed and squeal as the handfuls of fur come out; and then, surprisingly, we shall find underneath it all a thing we have never yet imagined: a real Man, an ageless god, a son of God, strong, radiant, wise, beautiful, and drenched in joy. 'When that which is perfect is come, then that which is in part shall be done away.'

The idea of reaching 'a good life' without Christ is based on a double error. Firstly, we cannot do it; and secondly, in setting up 'a good life' as our final goal, we have missed the very point of our existence.

Morality is a mountain which we cannot climb by our own efforts; and if we could we
should only perish in the ice and unbreathable air of the summit, lacking those wings with which the rest of the journey has to be accomplished. For it is from there that the real ascent begins. The ropes and axes are 'done away' and the rest is a matter of flying."