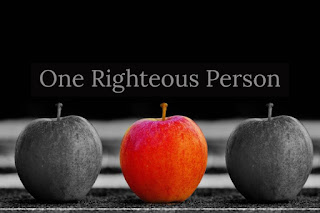 Sometimes bed time also turns into Bible time. I usually play with the kids after their movie by racing to my bed and tickling all of them for a bit. This has become a common ritual but it also means they don’t usually like to calm down.

The girls screamed at me to give them one more chance and Lance bowed his head, said sorry for not listening, and walked into his bedroom. I walked out and set the timer for 2 minutes and I waited while the girls kept blaming me for them missing their book and asking for one more try.

The timer went off and I went in and told the girls I had given them one more try and that the timer they just heard meant that they missed their second chance. If they had only listened to me telling them to go to their room I would have told them to come back out. So, since Lance was the only one that listened I told the girls to head into bed. They went grudgingly.

Once they were all in their bed I called them all back on my bed and we read from Genesis 18: 22-33 where God would have sparred the city for the sake of 10 righteous men thanks to Abraham interceding for them. Then I told the girls that because of the obedience of one person, I would spare their story time. Thanks to Lance, Momma will read them all a book.

It doesn’t always go this way, we aren’t perfect and the rest of the day went kind of rough but if I shared with you the rest of the temper tantrums, the raised voices, and the frustrating car rides then I’m not sure it would be as encouraging. Sometimes it’s little man who is having a rough time and the girls help him through it. We’re a messy family for sure. Just know that we have those times too but I just choose to focus on the good.